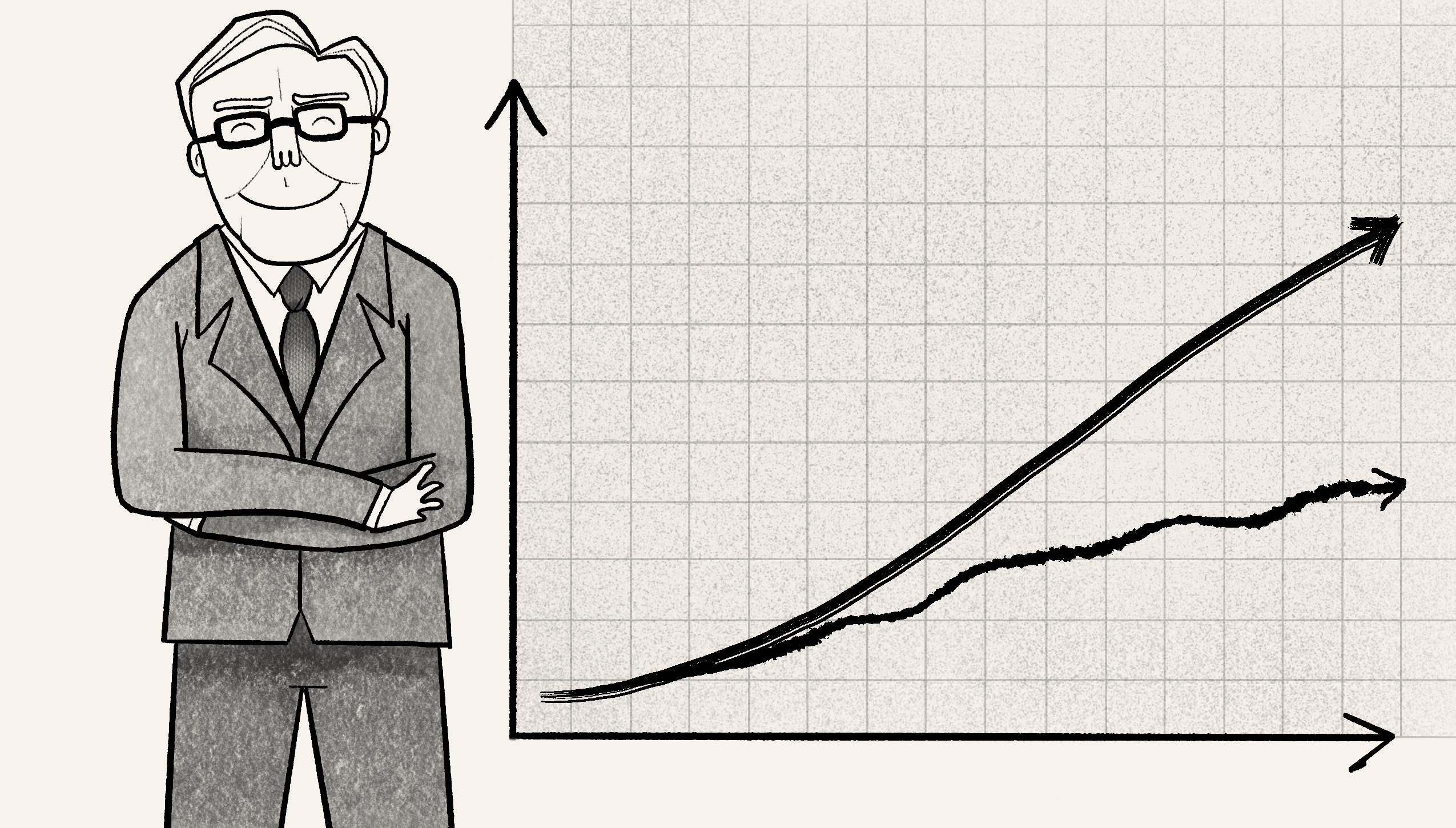 In 2006, Warren Buffet made a challenge to the hedge fund industry. He stated that over a ten-year period, a simple low-cost index fund would outperform a collection of hedge funds and that he was willing to put down $500,000 to bet on it.

How could it be that a simple product that promised average returns beat some of the smartest investors which prided themselves on trading in and out of the market?

And surely there would be many from that industry to take on the challenge? A million dollars is a tidy sum to make, especially if it feels like a no-brainer.

No one answered Buffet’s challenge for a long time.

In late 2007, one hedge fund manager stepped up and matched the funds that Warren Buffet had put down. He would choose the best of funds and see how they performed over 10 years compared with a simple index fund starting in 2008.

Why did this happen? Certainly, a large element of it is related to what we talked about in our last post: that over time most active managers cannot beat the benchmark.

But another crucial aspect was related to fees. Hedge funds are notorious for charging 2 percent of the portfolio and additionally 20 percent of the profit. In the bet by Warren Buffet, roughly 60 percent of all the gains that were achieved by the hedge fund were deducted in fees.

A 2019 version S&P Dow Jones SPIVA report that we mentioned in the previous post also found that India is not far off from the situation described above. Actively managed large cap funds can generate returns higher than the benchmark: roughly 2.5 per cent per year. But, when you consider that the average fund charges 2.3 per cent per year, the extra performance that the investor gets in hand is next to nothing.

Unfortunately, you will never see a mutual fund distributor ever talk about this. The distributor gets compensated by taking a commission from those high fees that the fund charges.

In comparison to the 2.3 percent management fee of active funds in regular plans, an investor can buy an index fund at less than 0.2 percent in direct plans. Why would a distributor recommend a fund where he gets next to no compensation?

Costs matter in investing, it is important to pay attention to them.